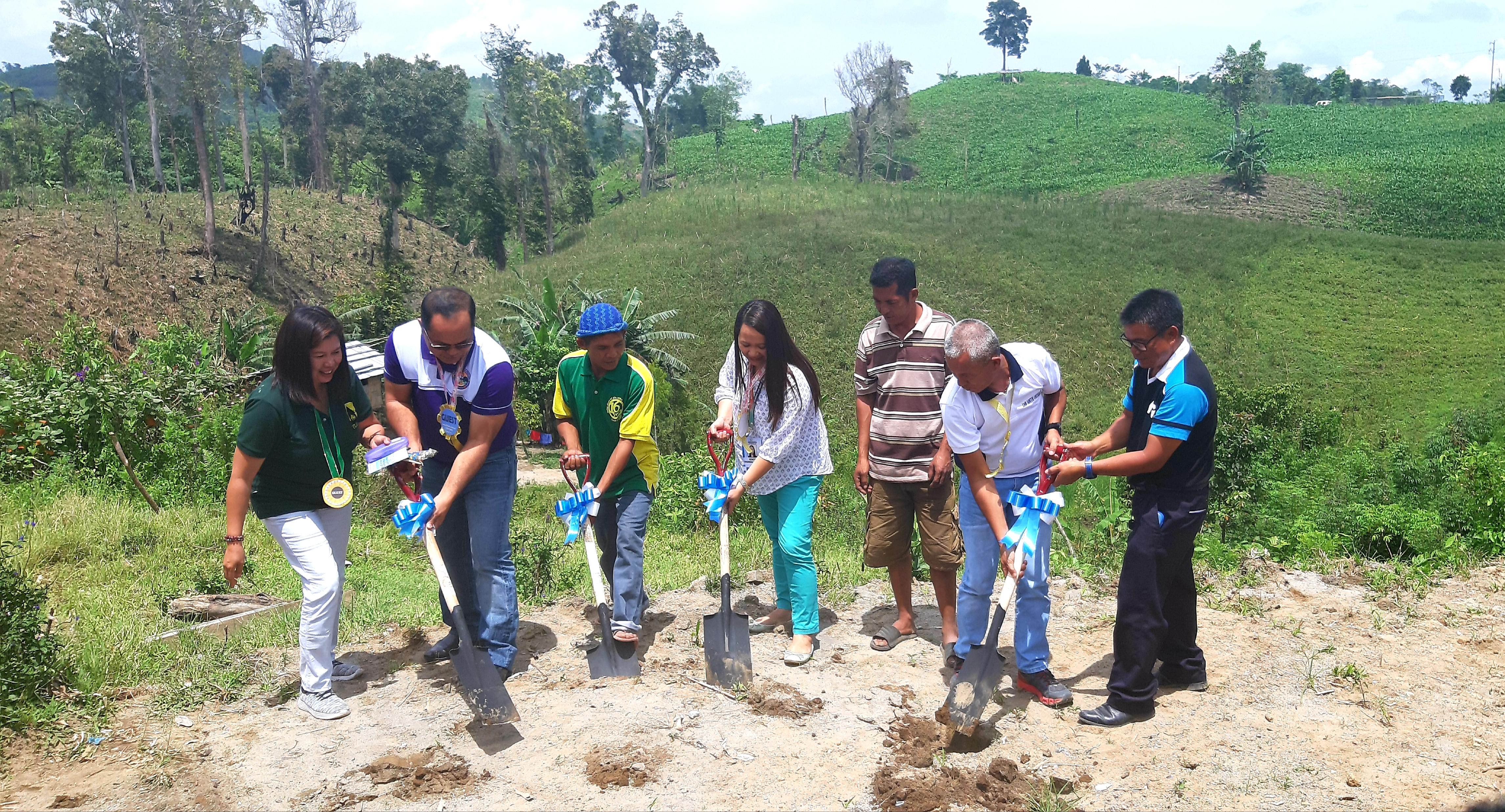 Stakeholders of the Child Focused Community Development (CFCD) Project signed the Memorandum of Agreement and initiated the ground breaking ceremony for the construction of 2 school buildings and ECCD center last October 11, 2019. The stakeholders/(signatories of the MOA) consisted of TLDFI, the implementing body of the said project, represented by its Board of Trustees member Ms. Ruby Manrique, the Department of Education Region XII represented by its Schools Division Superintendent Mr. Isagani Dela Cruz, CESO V, the Provincial Government of South Cotabato represented by the provincial administrator Atty. Renette Bergado in behalf of the provincial governor Hon. Reynaldo Tamayo, and the Local Government Unit of Brgy. Takunel represented by Hon. Rudy A. Tomas, Brgy. Captain. The school buildings will be constructed at a 1 hectare lot donated by the barangay captain himself who expressed his utmost gratitude to TLDFI for the interventions in their barangay and the assistance in the establishment of the school buildings. Atty. Bergado also gave an assurance that the provincial government will fully support the implementation of projects in Brgy. Takunel. She added that improving the access to education, especially in areas with limited access, is one of the principal projects of the provincial government and it is a great thing that the government has partners from the non-government sector in achieving the same goal. The DepEd’s objectives, as Mr. Dela Cruz had stated, are providing a venue for learning and for children to be able to go to school and learn. He is thankful to TLDFI for providing less privileged children the opportunity to go to school and be successful people of the society someday. In behalf of TLDFI, Ms. Manrique also expressed her gratitude to the partners/stakeholders for their support and positive response in implementing the project.